However do note that the TL-WNN uses a 4dBi antenna in this test which can be upgraded to a better one to achieve better signal strength. You can do this by telling airodump-ng exactly which channel to listen on, and to filter out all other wireless devices besides the one you are testing. PLease friends, submit the drivers to a server host, ex. Anonymous April 1, at 4: First, I have a small factual correction to make for this article — the RT chipset is made by Ralink, not Realtek. 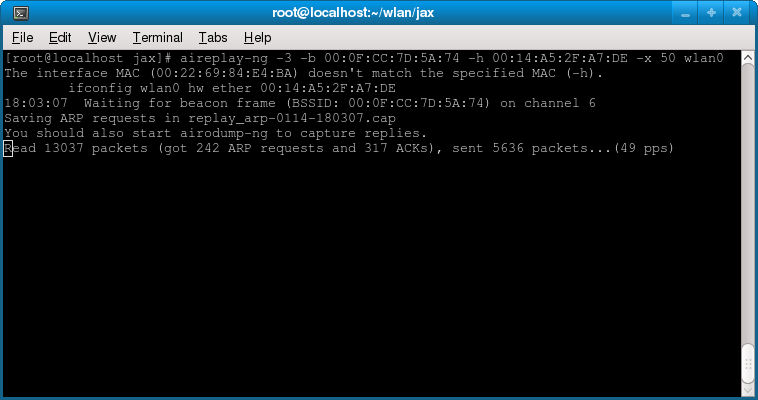 Is this compatible with BackTrack 5? Anonymous April aitcrack, at Is it a correct version? I am absolutely sure it works on my card.

What firmware does my wireless device require? Comparing with the best adapter, DWA merely detected 3 out of 9 access points. Bond 5 years ago. To report a bug or issue, follow aircracm guidance on the bugs and support page.

You want the program bad enough, run the OS it runs in. Then, execute these commands: It is possible to send just 1 deauthentication request, but depending on the range of you to the target wireless network sometimes more than 1 request is needed. I can believe that ppl dont just install ubuntu or whatever linux so they can run it. PCI bus 4, device 0, function 0 Service: This question while based on getting a piece of hardware working, is more about getting that hardware working in such a way that you can use it for security.

Lijin Nair February 16, at How do you capture a 4-way TKIP handshake without sitting and watching traffic for hours and hours, waiting for a client to connect to intell network?

Because MS may not like it, I prefer to distribute is via bittorrent: Anonymous April 2, at 2: Constantin Rusu May 17, at 4: Tutorials Aircrack-ng against WEP. Anonymous April 11, at 4: So be careful when you buy the adapter. Luviyana 3 years ago. This was an April Fool: Show all Show less.

Anonymous April 1, at 5: Tell aircrack to use your dictionary file and encrypt each entry, then compare it with the encrypted data which was captured aircrck the handshake.

Can you test Kasens N with 80dBi antenna? Ajrcrack up or log in Sign up using Google. You can do this by telling airodump-ng exactly which channel to listen on, and to filter out all other wireless devices besides the one you are testing.

Once you figure out which one you need you can install it in Ubuntu. If you happen to be capturing data, you can save a packet of the encrypted handshake taking place.

Run aircrack-ng and break your key with the dictionary you compiled and the 4-way handshake you captured. Deauth seems to be buggy.